Do you dare to use a single tendril? 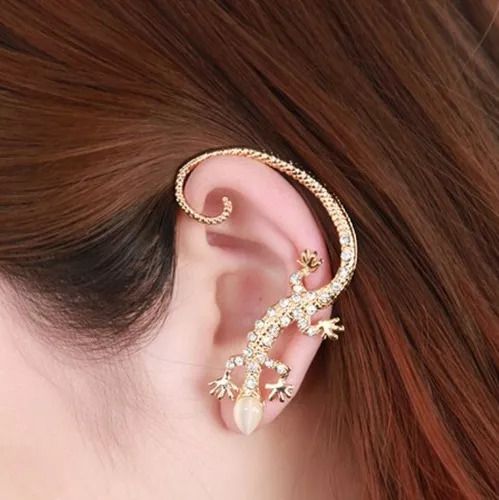 Exotic, with crystals, fringes or precious stones, yes, in XXL version. The maxi earrings promise to be the must of this season.

This accessory is on the catwalk as part of the looks of the main fashion firms. Tory Burch, Dior or YSL, have used it in their autumn / winter proposals.

The inspiration of wearing a single tendril runs through various imaginary: Givenchy opts for the animal kingdom with horn-shaped earrings, Louis Vuitton takes up the imaginary of the buccaneer pirates with a ring from which several geometric figures emerge, and Celine proposes a collage of elements without order or concert.

Use a single tendril of various materials

Brightly colored glass, feathers reminiscent of Native Americans, precious metals such as gold and silver, and games of geometric figures are some of the materials seen in these types of earrings.

Stretched to infinity, the earring exceeds its usual length and touches the shoulder. Sometimes they also shorten their length and appear in the form of "earcuff", a new type of earring, which instead of being in the shape of a garland, occupies part or all of the cartilage.

But not everything goes

The solitary earrings should be included in the "look" safely and masterfully, so that it does not seem that simply the other earring has been forgotten in the jeweler.

Properly incorporated, wearing a single tendril adds a fresh and youthful touch to the style. It is important that it does not seem like a coincidence, and sometimes it is necessary to accompany it, placing on the other lobe a much more minimalist and reduced-size earring, such as a small pearl or a Swarovski crystal.

Like any "must" worth its salt, celebrities have played a fundamental role in the rise of this accessory. But not only in this season. Some of the actresses who have used this trend are Angelina Jolie, Emma Watson and Jennifer Lawrence.